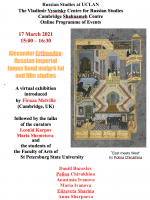 Since his tragic death in Tehran in 1829, Alexander Griboedov’s professional career as a diplomat and his private life as a poet, playwright, composer, revolutionary and businessman have been the subject of countless interpretations worldwide. In this talk, the focus will be on the paradox of an extremely diverse perception of Griboedov’s phenomenon as a person and a professional and its visual representations: film, drama, and visual art.

To illustrate the talk, it will be followed by a virtual exhibition of works by students of the Film and Television Studies at the Faculty of Arts of St Petersburg State University. The students, studying to become cinema and television artists (under the supervision of Leonid Karpov and Evgeny Sverdlov), will present their works prepared for a screen adaptation of the celebrated novel "The Death of Vazir Mukhtar" by Yury Tynyanov, which tells the story of the last year in the life of Alexander Griboedov.

The Cartoonist and the Demon-King: How the Shahnameh became Wartime Propaganda

The most recent donation to our Centre by John Drake

The Cartoonist and the Demon-King: How the Shahnameh became Wartime Propaganda by Archie Williams
14 Jan 2021

The posters depict scenes from the Zahhak cycle of the ​Shahnameh​, with the faces of wartime world leaders added to make a political point in the hope of enlisting Iranian support for the allied war effort. Thanks to the kind donation of John Drake, whose late father Sir Eric Drake collected the posters, the Centre now has almost all (five of six) of the series. Sir Eric spent over fifteen years working in the Anglo-Iranian oil company at their refinery at Abadan, starting as an accountant in 1935 and becoming the general manager in Iran in 1950. 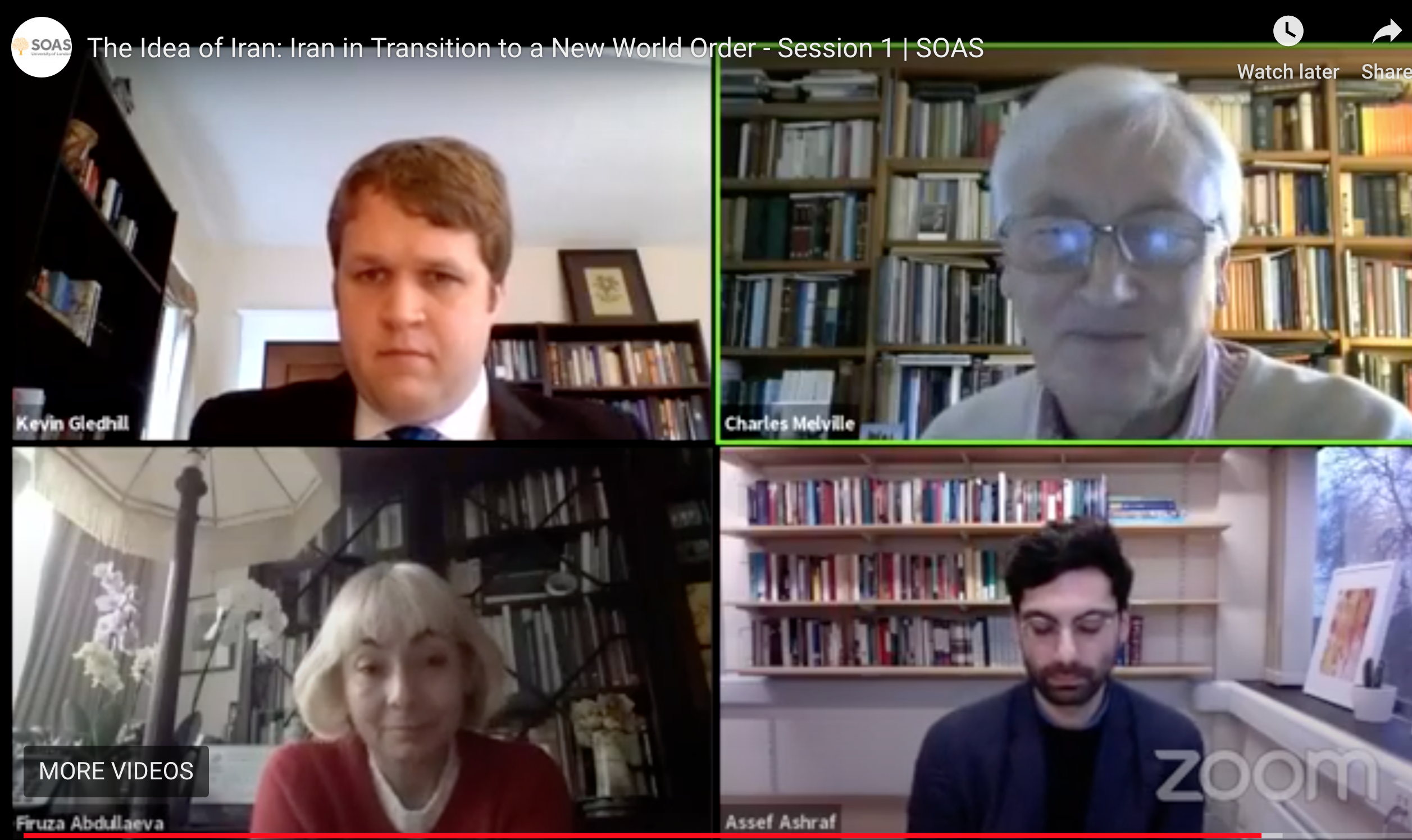 Celebrating the Fifth Anniversary of the Cambridge Shahnameh Centre, commemorating the Millennium of the death of Ferdowsi

Commemorating the Millennium of the death of Ferdowsi

and the tenth anniversary of the Friends of the Shahnameh Group in Manchester
15 May 2020, 2:15pm

Seven Labours of Rustam and Zakariya against the Corona Virus