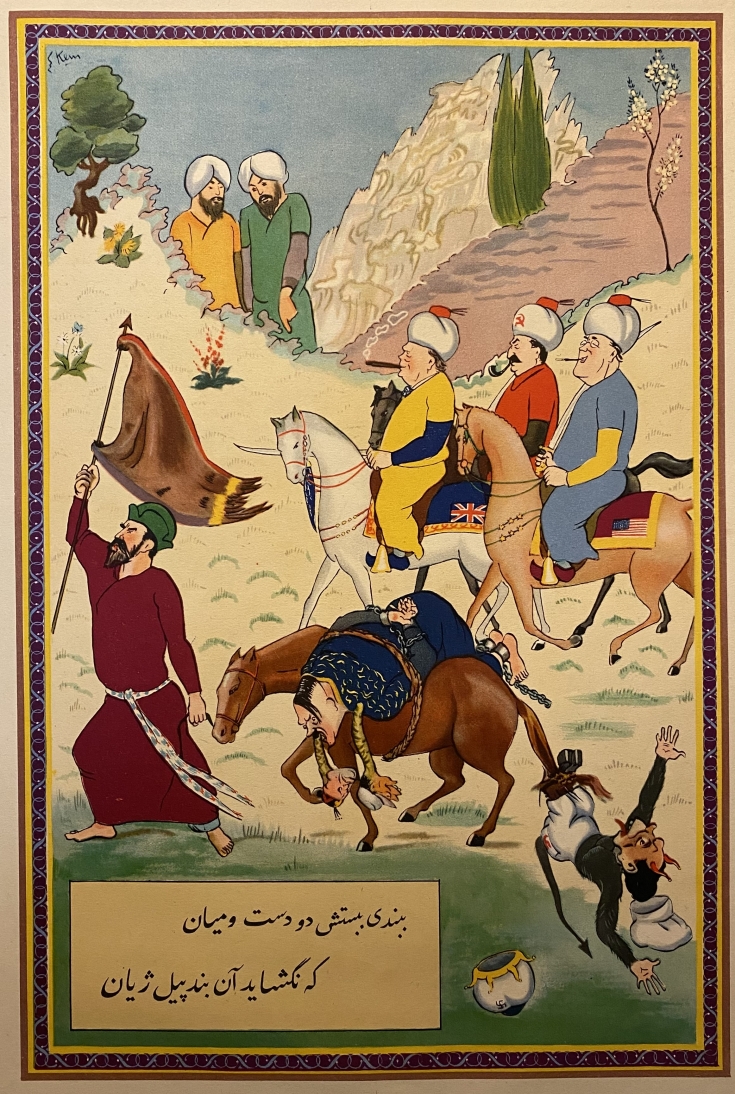 The posters depict scenes from the Zahhak cycle of the ​Shahnameh​, with the faces of wartime world leaders added to make a political point in the hope of enlisting Iranian support for the allied war effort. Thanks to the kind donation of John Drake, whose late father Sir Eric Drake collected the posters, the Centre now has almost all (five of six) of the series. Sir Eric spent over fifteen years working in the Anglo-Iranian oil company at their refinery at Abadan, starting as an accountant in 1935 and becoming the general manager in Iran in 1950.