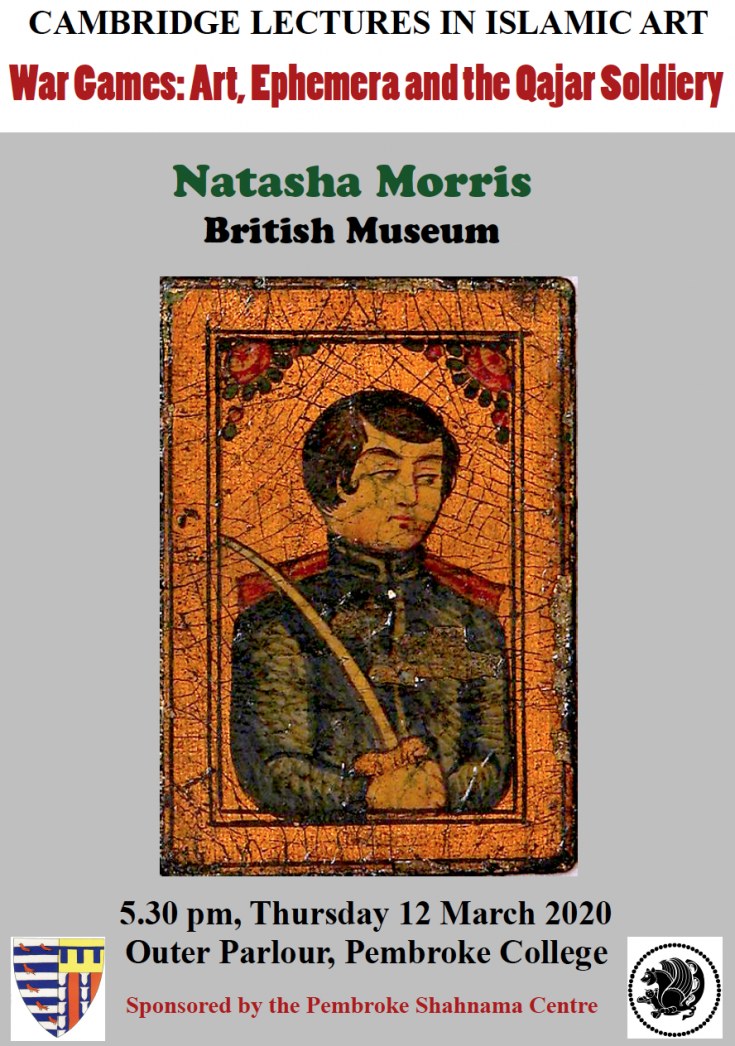 From the mid-nineteenth century, small lacquer playing cards for the game of aas nas reached the height of their popularity and ubiquity. Amongst the five suites of a deck, the cards dedicated to the image of the ‘sarbaz’ or solider were adorned with figures inspired by the contemporary recruits of the Qajar army. With the dress and training of the troops being a result of modernising reforms in the early 1800s, the idiosyncratic decoration of the cards came to reflect a social reality of army life. Playing cards, understudied as part of a wider provisional material culture in Iran, were integral part in the homosocial life of Qajar men both within an army context and beyond; indicative of practices of vice, competition and play that were facilitated by these highly aestheticized gambling games.